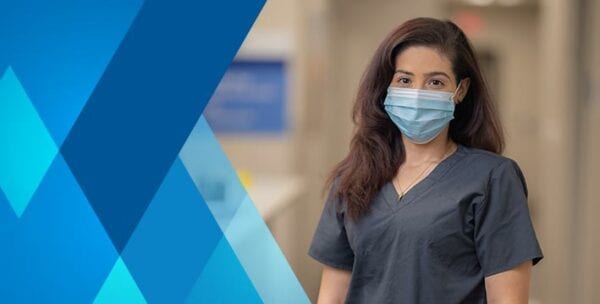 Be a part of a growing network of caregivers who treat patients across our clinics and health centers with excellence, compassion, and care.

We strive to improve the health of Southern Nevada families through better patient experiences. It’s similar to the model we follow when recruiting new caregivers . As one of the largest physician groups in the area, we provide quality care to more than 300,000 patients across Las Vegas, North Las Vegas, Henderson, Pahrump, Boulder City, and Mesquite. We seek talented caregivers who truly want to make a positive impact in fulfilling our mission to provide the highest quality coordinated care and patient support.

We start by setting our new caregivers up for success, with a comprehensive introduction to our organization and acquainting them with our unique healthcare philosophy. By the end of this New Caregiver Orientation, you’ll have all the information you’ll need to thrive in your role on our team. We offer support for credentialing and continuing education and recognize our most valued employees by promoting from within. We also make time for fun with company-organized events, baseball games, and participation in the annual City of Las Vegas’ Corporate Challenge, the largest amateur sporting event in Nevada.

We offer competitive health and retirement benefits, as well as programs that help you advance your career. These include:

Our caregivers enjoy discounts with several cell phone providers and discounts on tickets for entertainment and other attractions through Tickets at Work. We also make time for sharing special meals with colleagues, and we have plenty of snacks on hand.

There’s so much more to Southern Nevada than the Las Vegas Strip. No state income tax, low cost-of-living, master-planned communities, national recreation areas, world-class culture and entertainment, and 300 days of sunshine a year make this a fast-growing, family-centered community.

Families love the neighborhoods of Summerlin and Henderson for their proximity to work and their good schools. These vibrant communities incorporate public parks, outdoor recreation, farmers’ markets, and neighborhood activities. They maintain a small-town feel with plenty of shopping and dining, still within an easy drive of the city. But if you’re seeking a more rural lifestyle, reminiscent of the old west, there are plenty of small ranches available throughout Southern Nevada and in the cities of Las Vegas, North Las Vegas and Mesquite.

Our region is home to renowned art galleries, burgeoning museums, performing arts, and world-class entertainment. Residents enjoy the Bellagio Gallery of Fine Art, Smith Center for the Performing Arts, Neon Boneyard, The Mob Museum and the Marjorie Barrick Museum, among many other venues.

Las Vegas is the home of the Raiders, who began playing NFL home games in 2020. The Vegas Golden Knights, a national professional ice hockey team, became the third team in NHL history to win multiple playoff series in their inaugural season in 2018. The Las Vegas Aviators, a minor league baseball team and the Triple-A affiliate of the Oakland Athletics, also played their first game in 2019 from the new $150 million stadium, Las Vegas Ballpark. Even American soccer is represented with the Las Vegas Lights FC who made their debut in the United States Soccer League in 2018 and play home games at Cashman Field.

Las Vegas is a short drive from Mount Charleston and the Lee Canyon ski and snowboard resort. Lake Mead National Recreation Area, Lake Las Vegas, and the Colorado River all make an easy day trip for fishing, swimming, or boating. Mountain biking is a popular activity in the nearby Red Rock Canyon, and there are plenty of day hikes within a short drive of town. Despite the desert climate there are a multitude of premier golf courses including a Nicklaus designed and favorited Bear’s Best, and a short jaunt to the Pete Dye-designed Las Vegas Paiute Golf Course.

Our desert climate appeals to sun-seekers. But it’s not always hot. For close to half the year, our high temperatures fall within the comfortable range of 58 to 78 degrees, and low temperatures even bring us lowland snow sometimes.

Residents pay no income tax. According to Zillow, the median home value in 2018 was $275K, an increase of 9.4% from the previous year, and home values continue to rise every year.

The average commute for Las Vegas residents is only about 25 minutes.